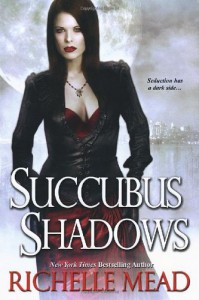 Because I read this in a day.

A day may come when all this intense, voracious reading coupled with peaks in my adrenaline will lead to a yet-to-be-named syndrome/disease and I'd look fondly back to these consecutive days and nights when I was so invested in Georgina and Seth's well-being and.. still regret nothing.

Even if by then we could just download books in our brains with the click of a button.

Seeing that everyone seems to feel lukewarm to pleasantly toasty towards this installment, I'm going to join the happy crowd. See that over-caffeinated girl who needs a shower and bloodshot eyes? Yep, that's me.

I'm quite pleased with the direction this book took because personally, I wouldn't have lasted if it was pages and pages of planning that wedding. I liked how this was different from the other books in that Georgina was directly involved in the conflict rather than scampering around looking for answers. Because I think I've been complaining about the heavy handedness in the foreshadowing and the boulder-sized bread crumbs that leads us to who's conspiring with who to create shenanigans. It's nice to see a good dose of scenes letting me know Georgina a little better instead of trying to keep my interest in a mystery that's not even a mystery at all.

This of course was a little darker seeing as we delve deeper into Georgina's and to some extent, I'm guessing, Seth's past which was always interesting for me even in the past books. It's what made her a richly defined, more complex heroine. It's her memories and dreams that make something inside of me twinge with a compassionate ache whenever she gets hurt (and by God did I hurt for her here!) and exalt in joy when something good happens to her.

The red herrings and the misleads could have been parsed better because now that I'm looking back it felt a bit winded. But I still enjoyed the lighter fare that was more predominant in the earlier books but had to give way to the heavier themes as the plot grows more intense.

I think that was the best show I've ever seen," said Cody nobly.
Gabrielle clutched his sleeve and his eyes widened, "I know! Which was your favorite song?"
Silence.
"Mine was that one here they kept saying 'My Armageddon scales will burn your post office'," said Seth deadpan.
"Oh yeah. That's one of their greatest," she said. "It's called 'Plywood Fuck'."

Looking forward to the re-read... NOT LOOKING FORWARD TO THE MASSIVE HANGOVER I'D SOON BE FACING.